About Us
When facing criminal charges, the possibility of a criminal record, prison, jail, large fines and/or probation are all frightening prospects. Choosing the right criminal defense attorney is among the most important decisions you will make. You need to be confident that your attorney will faithfully act in your best interests and provide you with all of the information you need in order to make educated decisions.

When choosing a lawyer, do not be persuaded by promises or exaggerations of success. Likewise, do not be dismayed by forecasts of impending doom. We believe that you hire us to give you upfront, honest, and realistic advice. Every criminal case presents a unique set of facts and potential consequences. When you hire Ascheman Law, we will listen to you and tailor your defense to your individual circumstances.

A lawyer is available to speak with you 24 hours a day, seven days a week. 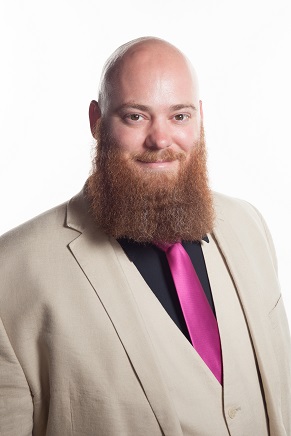 Is licensed to practice law in Minnesota and Minnesota Federal Court. He focuses primarily on Criminal Defense, representing individuals prosecuted by the State and Federal Government. He spends much of his free time mentoring law students and volunteering in the courts to serve those in need.

Before founding Ascheman Law, Landon was a certified student attorney in the Hennepin County Attorney’s Office. He worked with many divisions, including: Adult Violent Crimes; Juvenile; Drug and Property; and the Domestic Abuse Service Center. While working for Hennepin County, Landon appeared on behalf of the state in hundreds of cases. He has worked extensively in the areas of DWI and Domestic Assault. Landon was also a certified student attorney for the Kandiyohi County Attorney’s Office, and the St. Louis Park City Attorney.

Prior to entering the legal world, Landon was an Intelligence Specialist for the U.S. Navy and the Minnesota Army National Guard. He is a veteran of the war in Afghanistan.

In his free time, Landon is an avid swimmer, he has completed the 2.1-mile Point to LaPointe Swim (WI), 2013 Extreme North Dakota Watersports Endurance Test or END-WET marathon swim, a 27 mile swim, the Twin Cities Open Water Half Marathon, which includes Lake Harriet 1 & 2 mile (MN), and Lake Minnetonka 5 & 10 mile. He has also completed the 2014 END-WET, a 36-mile (57.9 km) swim, which is the longest continuance swim in North America. He is also the first Minnesotan, and one of the first 100 in the world, to complete the Ice Mile under the International Ice Swimming Association.